skip to main | skip to sidebar

Differences between Traditional Orisha worship and the Lucumi denomination

Recently the question was posed, how should view the differences between Tradtional African Orisha worship and the Lucumi? To which I answer:

Having been a practitioner in both traditions, and now an Ifa priest, the first thing to note for those that seek to understand the Lucumi is that catholicism is not as "mixed"/syncretized as some people (including santeria priests) would lead you to believe. In reality, there's nothing catholic in the actual "ceremonies" and though people speak spanish, the ceremonies are conducted using prayers, songs and call/response in a mixed dialect of Yoruba. You will never hear anything catholic in the initiation of a priest other then a side comment occasionally which doesn't have to do with the actual ceremony. Mostly this occurs when an Olorisha (santero/a) may make reference to an Orisha in a personal conversation using a catholics saint's name.

The catholic "veneer" washes away very quickly once you become initiated. In fact one of the biggest fallacies espoused by many is that there is a real syncretism, when in reality it's only surface level. I participated in at least 12 initiations of priests in a traditional Lucumi house before passing to Ifa, and not once did I ever hear anything catholic (the same goes for the dozens of other ceremonies I participated in, like Olokun, ibeji, "guerreros" etc). One exception is that an Oriate in the Ita of the Iyawo (newly initiated priest) will sometimes when interpreting Odu, make reference to catholic things that are "born" in a certain odu. As odd as this sounds, in a deeper analysis, it's not exactly incorrect or out line with Yoruba thinking.

The Lucumi system of Dillogun (caracoles) divination varies from the traditional method. As I've spoken about before, the traditional method would be to throw the cowrie shells only once, and chant the odu that appears, with only 17 possibilities (though there are many Ese odu). The Lucumi, whether for survival or political reasons, adapted this to the system of Ifa, creating 256 different possible combination (by throwing 16 cowries twice) mimicking the 256 Odu Ifa. This is important because by definition, within Odu Ifa is housed all the knowledge of the world past, present and future, and so it's not necessarily strange to believe that events from other traditions/religions would have a place within Odu Ifa.

Another exception to note, is the "misa" which occurs before the Kariosha (priest initiation), however it's important to note that this is NOT an Orisha practice. The misa is considered an "espiritismo" practice, which is essentially a replacement for Egun rites. Espiritismo is a whole different tradition and does in fact syncretize Catholicism, Kardecian mediumship (Alan Kardec), and Yoruba culture (by virtue of spirits that are Yoruba and often practitioners of Orisha traditions) and may be where the confusion lies. This one practice often leads people to think that the Lucumi as a whole more deeply syncretize Catholicism then they in fact do.

In order to place the Lucumi and Traditional Orisha worshippers within a wider context and understand how they relate, we have to look at a definition of the religion. I believe that Orisha worship as a whole, is a belief system of the Yoruba people (and tribes they conquered) originating in western Africa (note I am not going to get into whether it has Egyptian roots as some espouse as for our purposes that is not necessary). There is one "God", Olodumare, who created all that we know and don't know. Olodumare also created the Irunmole amongst which were the Orisha, divine beings who inhabit the universe.

Humans interact with the divine, in order to understand their purpose in life and affect the world around them. To do this, they created priesthoods in order to supplicate various Orisha. Amongst these priesthoods, several Orisha became prominent for one reason or another, and amongst these was Ifa, Orisha of knowledge and divination.

During the trans-atlantic passage of slaves to the carribean, priests, as well as regular people were sold by African Kings to Europeans. As the slaves were brought over they established their religion, mostly in secret. But as a child grows up unique to their parents once they are out of the house, the religion which is now commonly referred to as Santeria or Lucumi changed an morphed, for both survival (obi kola nut becoming obi the coconut) as well as political reasons (the invention of the "pinaldo" or knife ceremony, the reception of 6 Orishas simulatneously). Thus becoming a sect or denomination of the Orisha tradition (as did Candomble Nago and Ketu in Brazil, and Culto de Shango in Trinidad, etc). I specifically use this language not to downplay or denegrate the Lucumi/Santeria tradition, but to point out that it's roots/origin are with the Yoruba of western Nigeria, and it is a younger and newer interpretation of Orisha worship.

So the lucumi denomination due to geographic, cultural and historical differences has re-interpreted the traditional African system. Within both the Traditional African and the lucumi denominations, there is a group of Ifa worshippers/priests, who also re-interpreted (though to a significantly lesser extent) the african system of Ifa (there are many more similarities then in other Orisha priesthoods).

In many ways you can think of it as the difference between Orthodox Judaism and Reform Judaism or Catholic and Protestant. Their doctrines, liturgies, rituals etc have differences and are interpreted differently, even though they both base it on the same principles/ideas/concepts.

We enjoyed reading your article. Thanks for the illumination.

Hello. my name is John. I left a message for you on facebook. I am looking for possible Ifa/Orisha contacts near me on the East Coast. Please let me know.

Keep up the good work and do our ancestors proud! 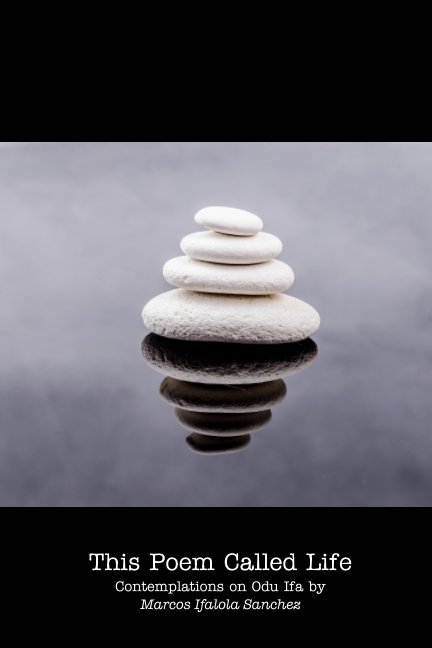 !! Search here for past articles !!

It's come to my attention that my blog has been reposted to other places on the internet, this is fine under the following conditions.
1. My work is copyrighted (except Odu Ifa, which no one owns) and rights always remain with me.

2. Please clearly site me as the author of the piece so people do not think it's your own.

3. A link must always be included to this blog so people know where it came from. http://ifalola.blogspot.com

In the spirit of sharing and respect for my time and energy, please do not violate these terms. Ifa will also be unhappy.

I realized that people might not know much about me, so I decided to add a short profile of who I am. I was born in '69 into a latino family in the US. My dad's family practiced the Orisa tradition, but I didn't find my way to the tradition until I was about 18. After finding a lucumi Ile and worshiping for several years, I was "rayado" in Palo Mayombe, later passing to Padre then Bakonfula. After some time I eventually fulfilled my obligation to initiate (kariosha/dosu) as a priest of Yemoja. After receiving my Awofakan and being told I had to pass to Ifa, no matter, I began studying Ifa and thinking about what that meant to me. My search began, when Henry Drewal, a friend, brought his Oluwo to lecture at his classes at University of Wisconsin, Madison, I realized I had found my Oluwo, Kolawole Oshitola, Ejiirosun. And so after two years of email and calls with Baba, consulting Yemoja and Ifa, I went and did my Itelodu (Itefa) in the Challenge area of Ibadan, Nigeria. I went with a good friend, a lucumi Awo Ifa, who became my Ojugbona (Ifajoko, Osa Ogunda) and my Wife, Ifatolu.

It's been a wonderful ride with ups and downs, and I hope that with the support of my family and community I can continue writing, whatever doubts or hardships might come my way. May Ifa always guide us all to achieve long life, filled with Owo, Omo ati Ire gbogbo! Ase o!
Ifalola omo Iwori Aweda